About Us – What is the Master Locksmiths Association? 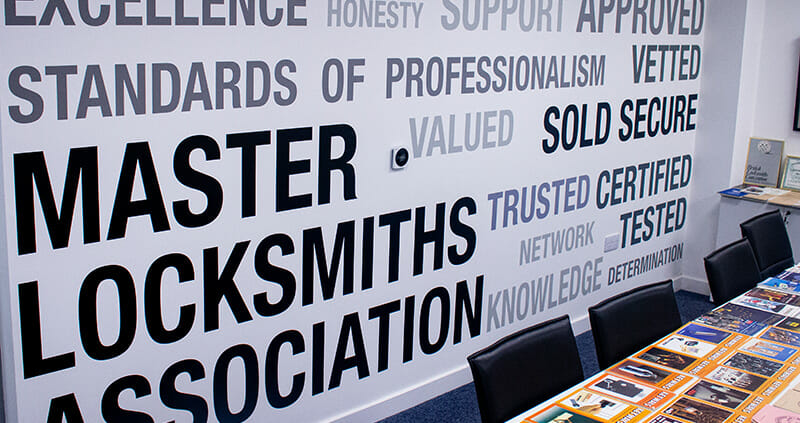 The Master Locksmiths Association (MLA) is the UK’s largest trade association for locksmiths & a non-profit making body; established to set and promote standards of conduct, practice and materials within locksmithing.

The MLA encourages its members to further their knowledge through ongoing education, regional meetings, seminars and the information disseminated through its membership magazine Keyways.

Standards of entry to the MLA are high and its motto of “Skill and Integrity” emphasise its determination to ensure that the public, government and industry receive the correct service and advice on security matters from its members.

From a small friendly meeting of ‘like-minded’ locksmiths in London, it has evolved into the professional organisation that it is today.

The first meeting group instigated the embryonic Master Locksmiths Association in 1958 and in 1986 it became a limited company. 1994 saw a major restructure and now the membership is worldwide. 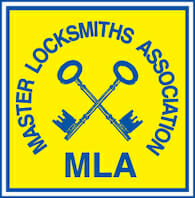 Authoritative body for UK locksmithing by: –

Many forces will encourage those in need of a locksmith to use MLA Trade Division members.

Examples of Police Forces nationwide referring to the MLA for home security and to use an MLA approved locksmith include Met Police, Lincs Police and many many more.

The MLA has been instrumental in campaigning for national standards in the locksmith industry and the regulation (through licensing) of the Private Security Industry.

The MLA supplies a panel of its members to assess locks under BS3621 clauses 4 and I 0 on their behalf.

Many other trades and professional bodies such as DHF,  RISCAuthority, Building Research Establishment (BRE) all acknowledge the MLA as the authoritative body in its’ field.

The MLA And Sold Secure

The MLA also owns Sold Secure an attack test house, certifying security products through attack testing. It operates its own scheme, which is recognised by the Home Office, insurers and police.

We run a range of locksmith training courses at our headquarters in Rugby, Warwickshire.

For those new to locksmithing, our are courses perfect for beginners with 4 different modules to attend our beginner’s programme.

The more experienced locksmith can attend 5 different advanced courses which are aimed at those looking to expand their services.  A recent addition to our classes has been a lock bumping master class.

We also run Europe’s largest Locksmith & Security Exhibition which takes place at the Telford International Centre over the course of 3 days, an event that occurs every two years.

2019’s event takes place in Oct and is sponsored by DOM Security, there will also be a specific Auto exhibition area for auto locksmiths where training and seminars will take place.

We also run two groups on Facebook for trading locksmiths.

3 Red Flags When Hiring a Locksmith – How To Spot a Rogue Locksmith & Prevent Being Scammed!

I’m Interested In Becoming a Locksmith What Should I Do?

What Knowledge is Required to be a Locksmith? – Quick Checklist

Skills To Be a Successful Locksmith – Tips from Trading Locksmiths

What Can a Locksmith Do?

Our Locksmiths are criminal record checked.

Our Locksmiths are Regularly Inspected.

Our Locksmiths have passed the MLA exam.

Why use an MLA Locksmith?

How Can I Join? – Become a Member of MLA